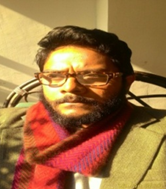 I am an economist specializing in agrarian systems, developmental policy and theories of exclusion and discrimination. I have 15 years of field based research experience in the most backward districts of the country and have also been involved with the policy formulation and implementation process of the National Rural Employment Guarantee Act, 2005. Additionally, I have been an Advisor to the Core Group of the Socio-Economic & Caste Census, 2011, Ministry of Rural Development, Government of India which involved formulation of the pilot methodology and training of state level enumerators. I have also been invited by the South African Government, 2016, as advisor for formulating models on land reforms, agrarian and rural economic transformation. I have taught for over a decade in four Indian Universities (DU, CDS, AUD, JNU) and have successfully supervised 3 Doctoral theses and 14 M.Phil dissertations.